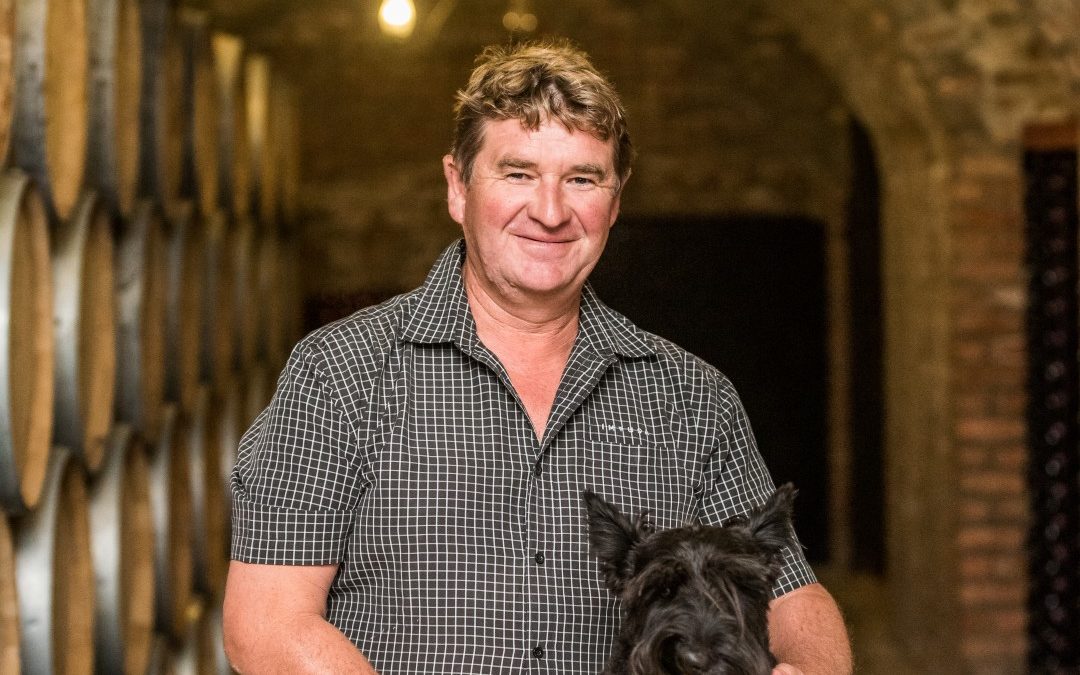 Jacques Bruwer, born in 1966, literally grew up in the vineyards and it was therefore no surprise that he decided to follow in his father’s footsteps. After completing school he studied winemaking at the prestigious Elsenburg Agricultural College in Stellenbosch. In those days the 10 best students of the Cellar Technology course were allocated a bloc of Chardonnay grapes to work with. ”It turned out to be a very significant experience”, he recalls. ”My father always said that to him the ultimate in wine-making was to produce a ”Champagne” in the traditional way and that is what I decided to do with my bloc of Chardonnay”.

After studying the science of winemaking for several years he gained further practical experience in both Germany and France and then in 1990 joined his father on the family farm. Over the years this cooperation has developed into a genuine and fruitful team effort with André focusing on the viticultural side and Jacques on the cellar.

Jacques initiated new winemaking techniques and is in the forefront of innovation, both with regard to the latest equipment and to vinification techniques. He does not believe in just copying others. ”If you copy you will always be second best. I am not a guy who likes to do the same thing year after year. Then I get bored – I always need fresh challenges”.

Although still young, he has certainly had his share of both national and international recognition. One of his proudest achievements was when his Shiraz received the prestigious ”General Smuts Trophy” in 2003. The same vineyard bloc also produced the wine that was awarded ”Best South African Shiraz” in the Wine Magazine Shiraz challenge in 2007 and went on to claim gold medals at the Syrah-du-Monde in France for two consecutive years. Of particular importance to Jacques is also to have won both the ”Cap Classique Challenge” and the ”Classic Wine Trophy Show” in 2004. ”Consistency across competitions can’t be bought”, says Jacques, ”and it proves that we are on the right track”.

Jacques is married to Trudie. They live on the farm together with their three children Inge, Karli and André – the fourth generation of Bruwers.

If you require any further information on Covid-19, go to sacoronavirus.co.za